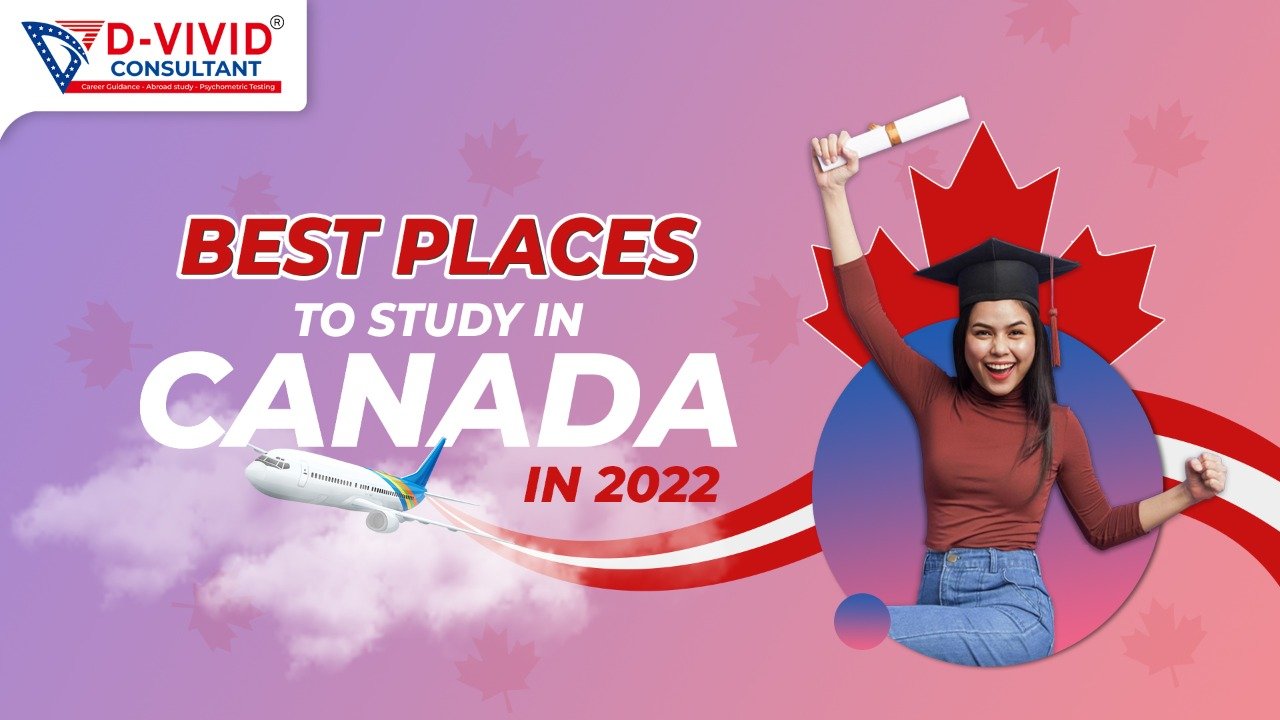 In many ways, studying abroad is an enriching experience. It exposes you to a new culture, introduces you to different people, and nudges you to embrace diversity. Canada has grown as a popular location for overseas students. Canada has plenty to offer in education, lifestyle, recreation facilities, and more. The bulk of the cities are quite cosmopolitan and accommodating towards international students. We realize that going to a new location and finding the appropriate area and correct university that fits you may be quite challenging. So in this article, we provide you with a list of the best place to study in Canada that is incredibly student-friendly.

As a country, Canada is one of the best-known in the world. Additionally, it is known for the quality of education it provides to students and the beautiful natural surroundings. Thousands of students worldwide go to Canada each year to study at one of the country’s prestigious institutions. There is a lot of debate about which city in Canada is best for international students. When moving to a new country, it might be challenging to adapt to the culture. It might be difficult to adjust to a new environment. However, if you have a good deal of knowledge and experience in the area, things might go more smoothly. Students should be aware of the cost of living in Canada and the best cities to live in. These are some of Canada’s best cities for international students to visit.

Toronto is a popular destination for students and features some of Canada’s most prestigious higher education institutions. Internationally, Toronto is among the top cities globally, and it is also one of Canada’s most livable places. As a result, nearly half of the city’s population is from a minority background. As individuals from Asia, Africa, and Europe arrive in Toronto, this shows how open the city is to immigrants worldwide. Toronto has a thriving immigrant population because it is home to people from over 160 countries. Canada’s largest city, Toronto, is rated 11th globally by QS World Rankings 2020. Toronto also offers several tourist attractions for students to take advantage of.

Montreal is a popular choice for students who want to continue higher education in Canada, thanks to many high-ranking colleges. According to QS World Rankings 2019, Montreal was placed sixth among the world’s most acceptable student cities 2019. The QS global rankings placed it second regarding “student view rank.” This indicates that students prefer Montreal to any other city for their studies. Despite the city’s high cost of living, Montreal is a great place to live. Montreal is known for its friendly locals and welcoming atmosphere, which stems from its diverse population. The Mont-Royal, Notre-Dame Basilica, and Jardin Botanique are just a few of the must-see attractions for students in Montreal.

Vancouver, the city in Canada, is known for its excellent public schools and tranquil atmosphere. British Columbia is the province in which Vancouver is located. “One of the world’s best locations to live,” according to The Economist. The city is home to roughly half of the region’s minorities, making it a suitable destination for international students. English and French are the most often used languages in Vancouver. Companies like Google, Amazon, and Microsoft have their headquarters in Vancouver. According to the QS World Ranking 2019 among the top student cities, Vancouver is rated 16th globally.

World-class educational institutions and highly qualified faculty members are the norms in Ottawa. As of 2019, the QS World University Cities Rankings placed Ottawa as the 45th best student city worldwide. Ottawa is another multicultural city, with people from all over the world living and working in it. Students from all over the world flock to this welcoming campus because of its welcoming attitude toward international students from Africa, Asia, and Europe. An excellent place for students to live and study, Ottawa offers a wide range of employment options and a low cost of living.

Quebec, the French-speaking province with one of Canada’s top cities, is known for its European architecture and ambience. Many winter sports are held in Quebec as the province celebrates the notorious winter carnival, held every year in Quebec City. Quebec City, Canada’s second-largest metropolis, is home to a sizable minority population.

It was all about Canada’s top cities in this article. Are you thinking about going to study in any of these places? For help browse the best courses and universities for your academics.

KNOW HOW YOUR IELTS SCORE IS CALCULATED